Matt joined the Admirals staff in 1999 as a game day host and took over as the public address announcer at the start of the 2001-2002 season. Born and raised in Milwaukee, Matt is the son of former admirals PA Announcer Keith Moore.

Hockey has always been at the forefront for Matt, and his voice is heard at every Admirals home game after goals, penalties and during timeouts. He also conducts on-ice interviews with players during intermissions. He currently resides with his wife and son in Wauwatosa WI.

Theresa has been a valuable member of the Milwaukee Admirals since the 1998-99 season. When she's not running around organizing fans to participate in TV timeout contests or intermission promotions, she's usually assisting the Game Host, anthem singers, pre-game participants, (need we go on?)

She graduated from Alverno College with a degree in Chemistry and now works full time as a chemist. In her free time she likes to play soccer, snowboard, shop and have as much fun as humanly possible.

To start with, yes, his name is actually Harry, which then fits into a

You can usually find him next to Roscoe making sure he has enough t-shirts and beefsticks to fulfill all the fan's needs. It may appear easy but trust us, that Roscoe is a needy one!!!

In his free time, which is quite sparse, you can find Harry watching the Brewers, playing volleyball, or teaching Taekwondo. And a random fact about him? He can solve a Rubik's Cube in under a minute.

Scott Joined the Admirals in 1994, he owns the Gift of Wings kite store in Veterans Park and a retail aviation store in Franklin. (www.giftofwings.com) He is also a licensed commercially rated pilot, flight instructor, and airplane mechanic “in his spare time."

He likes to say that he has taken Admirals sponsorships to NEW HEIGHTS. Scott also manufactures blimps for sports teams and marketing companies all over the world under THE company name of “Blimpworks”. His blimp travels have taken him to Ireland, Singapore, Canada, and almost every state, and he has actually flown a full sized blimp. 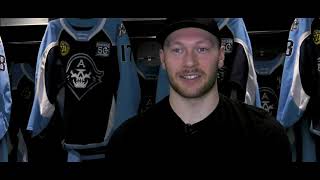 A Morning Stroll with Mathieu Olivier 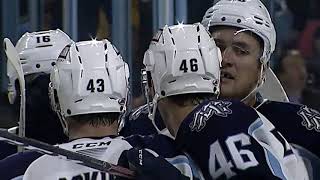 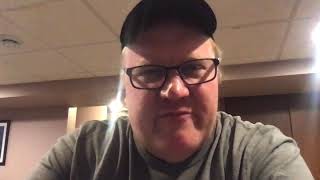